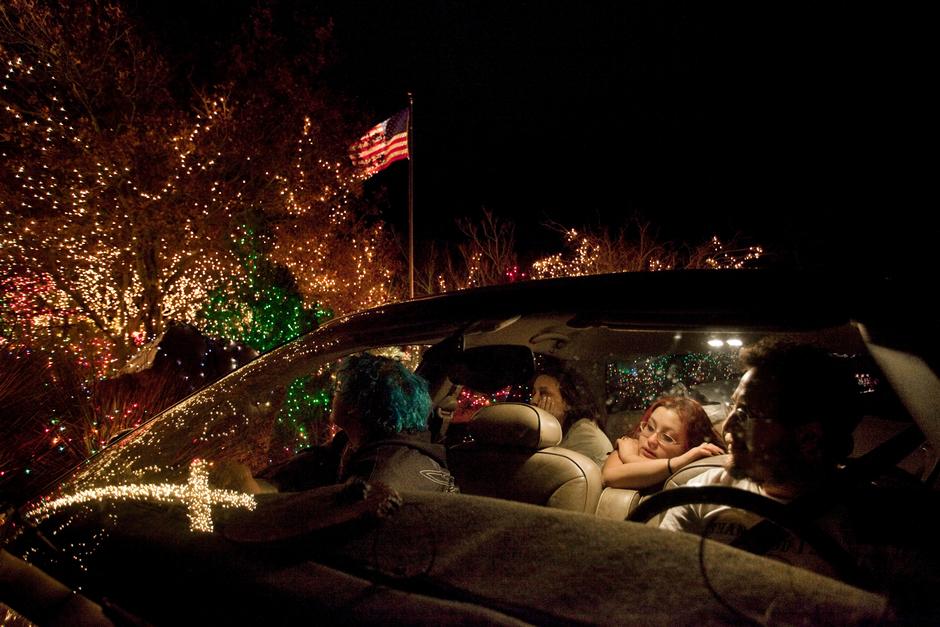 Photographer Bieke Depoorter (b. 1986, Belgium) travels the world to find her subjects, creating extraordinarily intimate photographs that straddle portraiture, documentary, and fiction. The relationships she creates with those she photographs are the key to her work. As Depoorter describes it, “The relationships I establish with my subjects are the foundation of my artistic practice…. The resulting stories are always partially mine, partially theirs.”

In her early work, Depoorter traveled to far-flung locales in Russia, Egypt, and the United States, befriending locals to photograph. She asked her subjects if she could spend the night in their homes, building rapport and trust that eventually allowed her to capture the mundane, routine, ordinary moments of their lives. Depoorter’s first such project, Ou Menya, documented her encounters in the homes of locals in Russia. She completed a similar, long-term project in the United States titled I am about to call it a day.

In As It May Be, a project photographed in Egypt beginning just after the revolution in 2011, she tried to find trust in a time of turmoil and suspicion, in an environment where private life is often shielded. With this project, she also started to question her use of the photographic medium. Conscious of her status as an outsider, she returned to Egypt in 2017 with the first draft of the book, inviting others to write comments directly on the photographs. Contrasting views on country, religion, society, and photography arise among people who would otherwise never engage in a dialogue with one another. In Sete#15 (2015) and the short film Dvalemodus (2017), she began to conceive of her subjects as actors, projecting her own fictional narratives onto her subjects’ factual environments, thereby blurring the line between her world and theirs. In her most recent projects, such as the ongoing project Agata (2017), Depoorter works even more collaboratively with her subjects.

She has published four books, and her work has been shown in the United States and Europe, including Photomuseum The Hague, The Netherlands and an upcoming exhibition at FOMU Antwerp, Belgium. She joined the Magnum agency as a nominee in 2012 and a full member in 2016. She is the recipient of the Magnum Expression award and the Prix levallois, among other accolades.