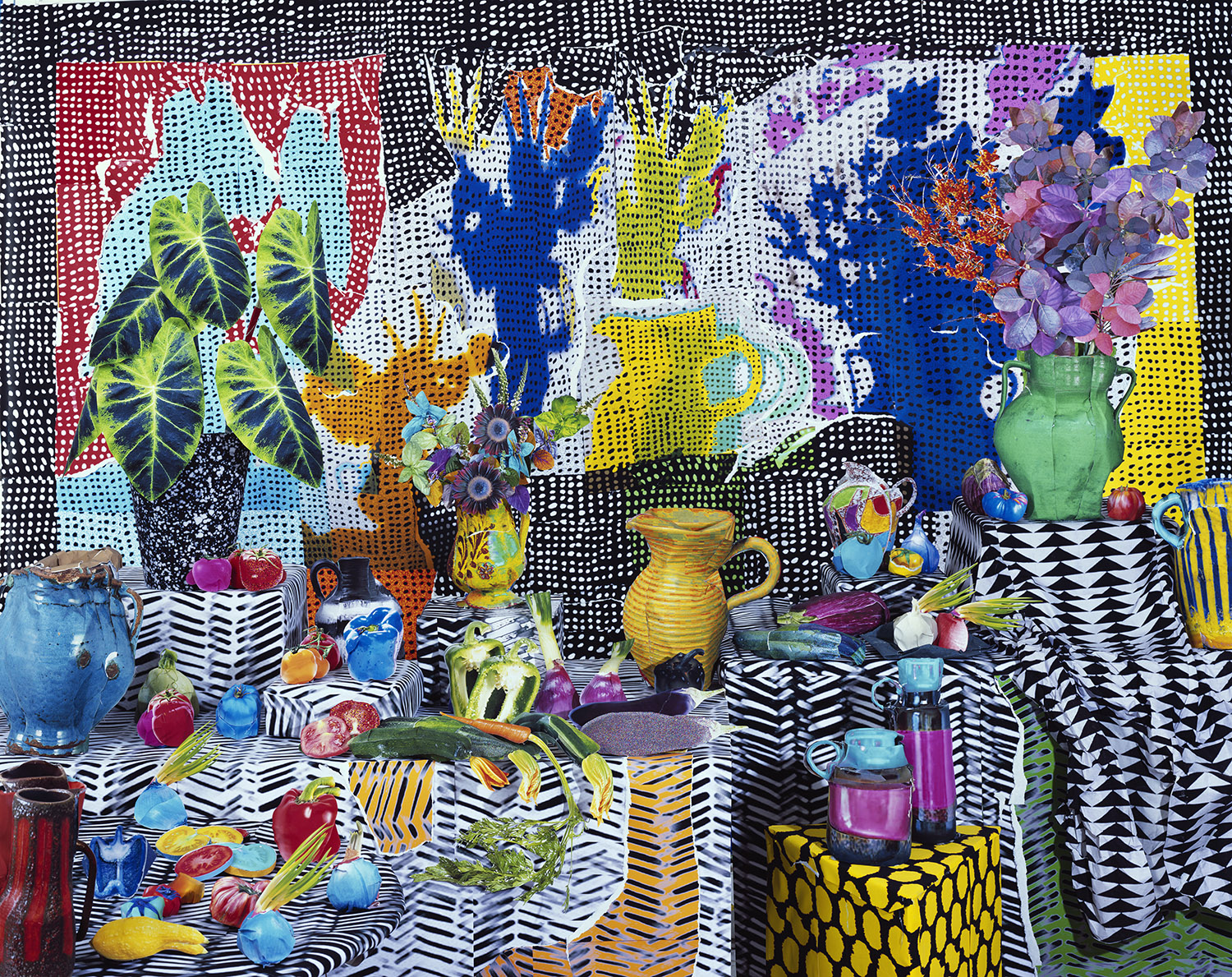 We are very excited to announce that Brooklyn based photographer Daniel Gordon will be the next Larry Sultan Visiting Artist. Gordon will speak on Thursday, April 02, 2015, at  7:00pm in the Timken Lecture Hall at California College of the Arts, San Francisco. As always, the lecture is free and open to the public.

Gordon is best known for his lusciously colored, wildly patterned photographs that capture three-dimensional tableaux created in the studio. Gordon sources images from the Internet, prints his findings on an inkjet printer, and sculpts elaborate still lifes and portraits from these appropriated images. His temporary constructions are then carefully lit and photographed with a large format camera, before being dismantled. Through his final photographs, Gordon considers notions of artifice and authenticity, while recontextualizing his found imagery.